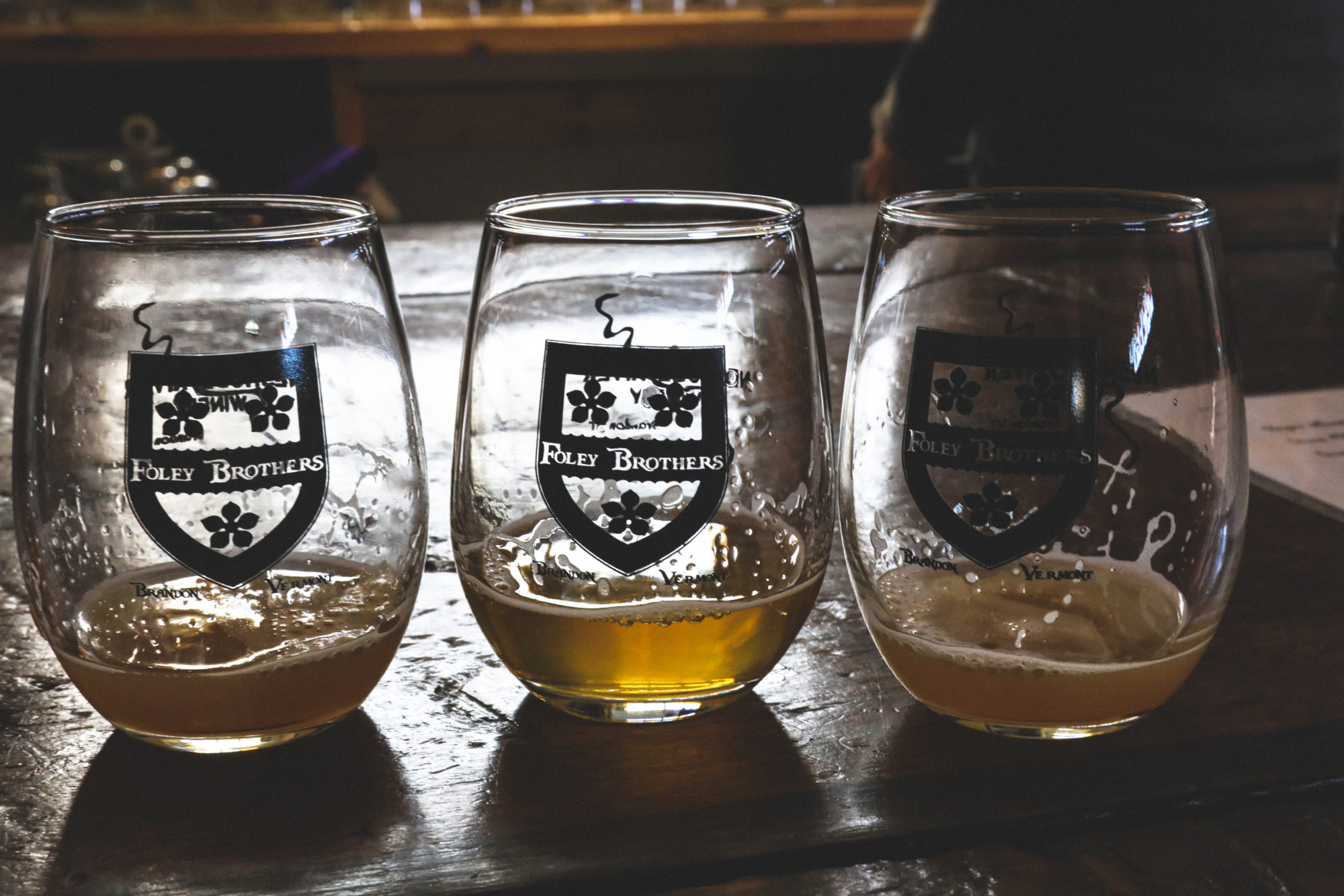 It’s no secret – we love Vermont beer! Last week, we featured our favorite breweries to visit. Today, we highlight one in particular. Foley Brothers Brewing is a mere hop over the Brandon Gap for us (an amazing drive, if we do say so ourselves). Beyond the gap’s vast Green Mountain views lies a small dirt road. Pay close attention not to miss it. A short distance off the main drag lands you at the Foley Brothers hub. Brothers Patrick and Dan are working out front, bottling a new batch of what we discover is Prospect to distribute in the coming days. Their father, Bob, is not too far behind, escorting us to the tasting room next door. Foley Brothers Brewing, as the name suggests, is a true family operation. And a business run by family makes for a most interesting story. 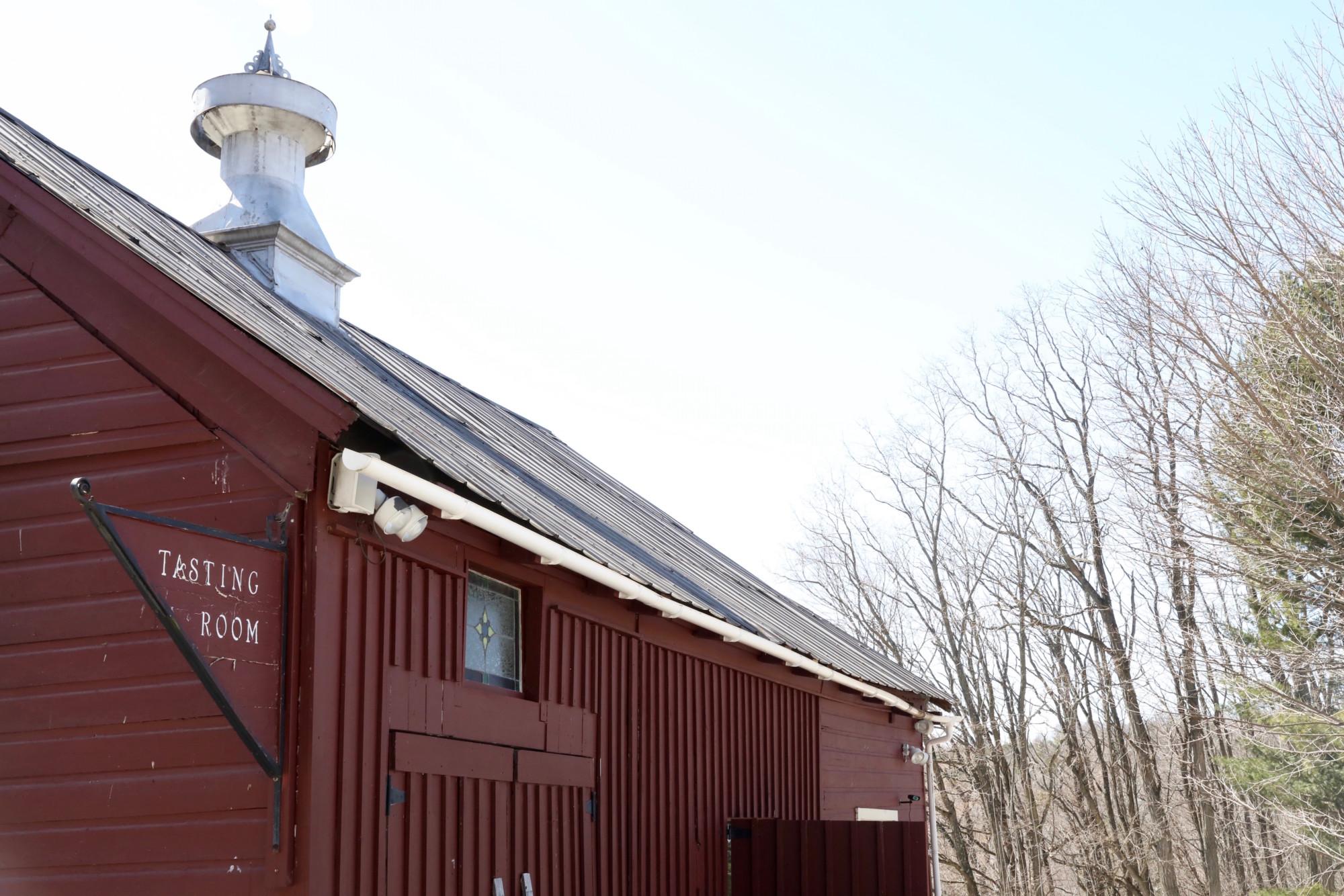 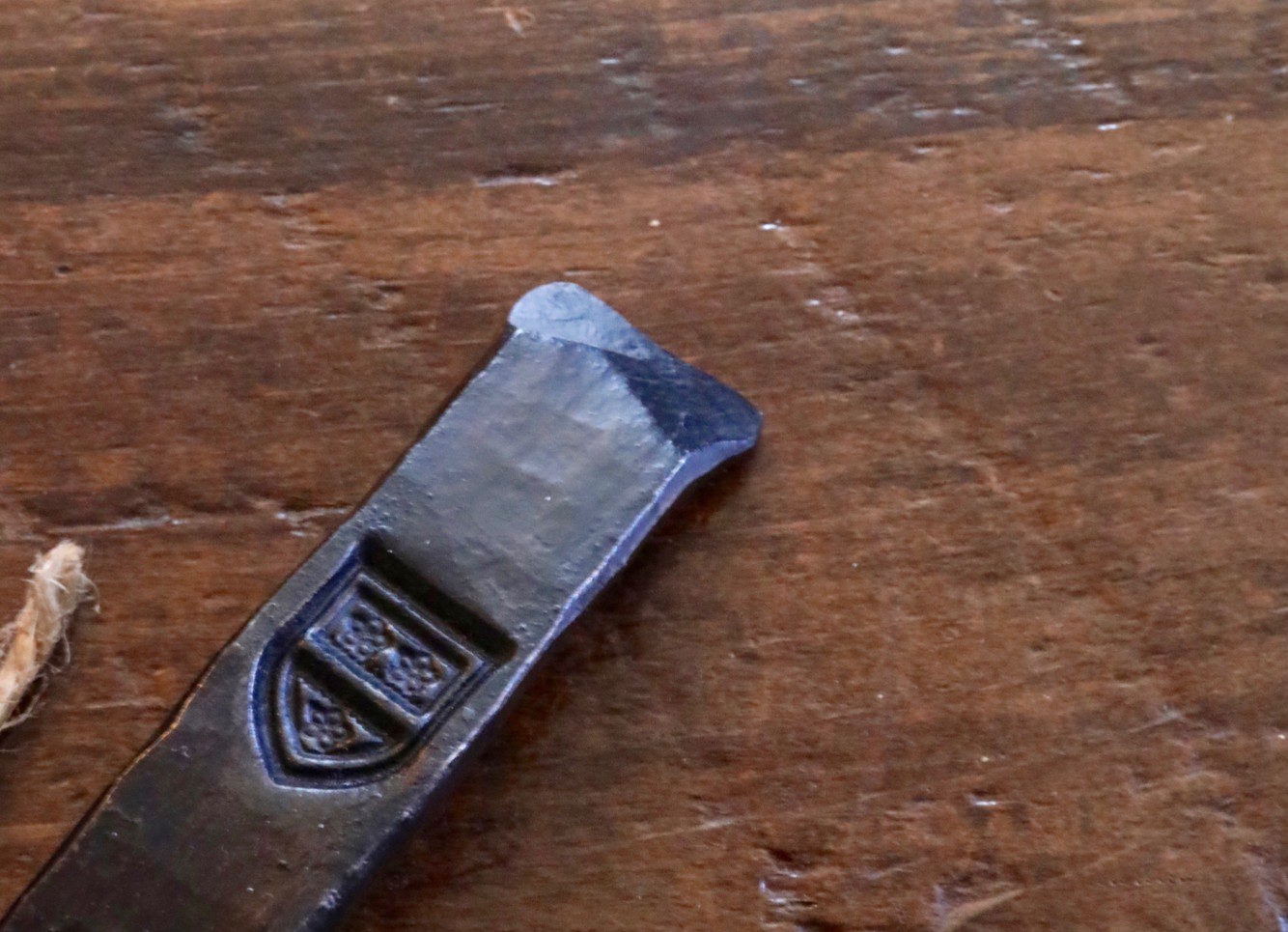 Bob had originally moved to Vermont with dreams of becoming an innkeeper with his wife, and soon after began producing his own wine here in the Green Mountains. Patrick and Dan returned to join and help their father in the Vermont winemaking business. Soon after, however, the boys propositioned a brewery, one that would start small in the family’s garage. This is the moment Foley Brothers Brewing began. With the help of their sister, Patrick and Dan started their very own nano brewery venture.

The brewery name, Foley Brothers, and their branding (which clearly celebrates a pirate theme) pay homage to their surname’s Gaelic roots.  The family has chosen names such as Mutiny and Rusty Musket for their brews as a clever salute to their family name, which dates back to the times of pirates and sailors. Patrick’s knack for brewery operations compliments Dan’s biology background, aiding in the recipe creation process. Their sister, Christine, also played a vital role in marketing as the brewery was getting off the ground. But why just name the brewery after the brothers? Bob chuckles as he says, “How do you name a brewery Foley Brothers and Sister?” Instead, the family honored their sister’s hard work and dedication by naming their first double IPA the Fair Maiden (definitely now a renowned product for the brewery). Christine runs with this title, as evidenced by the Foley Brothers Brewing Pirates Code hanging in the tasting room and signed in part by “the Fairly Weird Maiden.” All in all, the family bond and humor is noticeable at this brewery, and we can’t help but revel in the entertainment of it all. Reilly, the Foley’s dog, is another family member we cannot forget. Dubbed the “mascot” of the brewery, this cutie will accompany you around the grounds and take all the belly rubs you can offer. 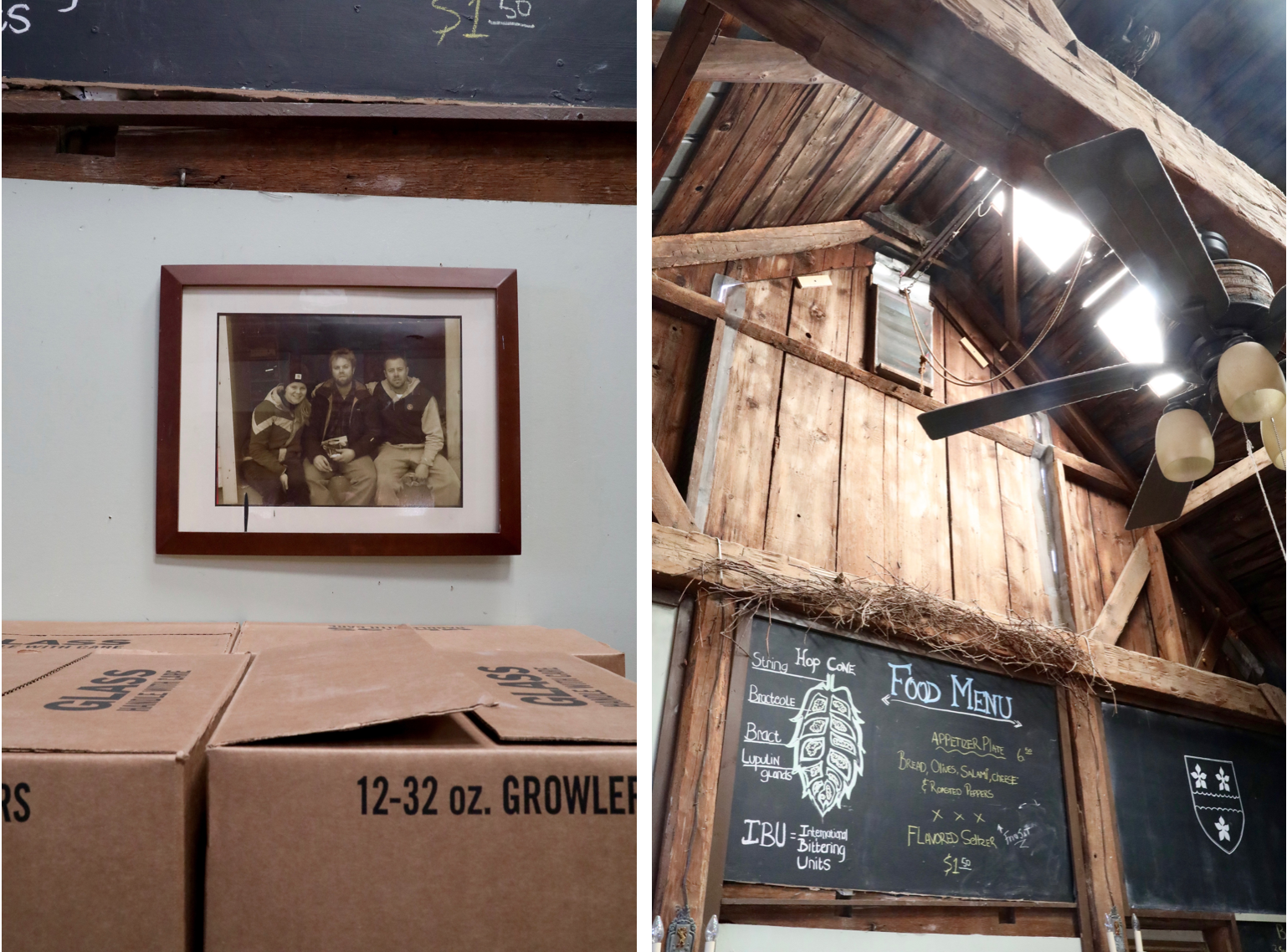 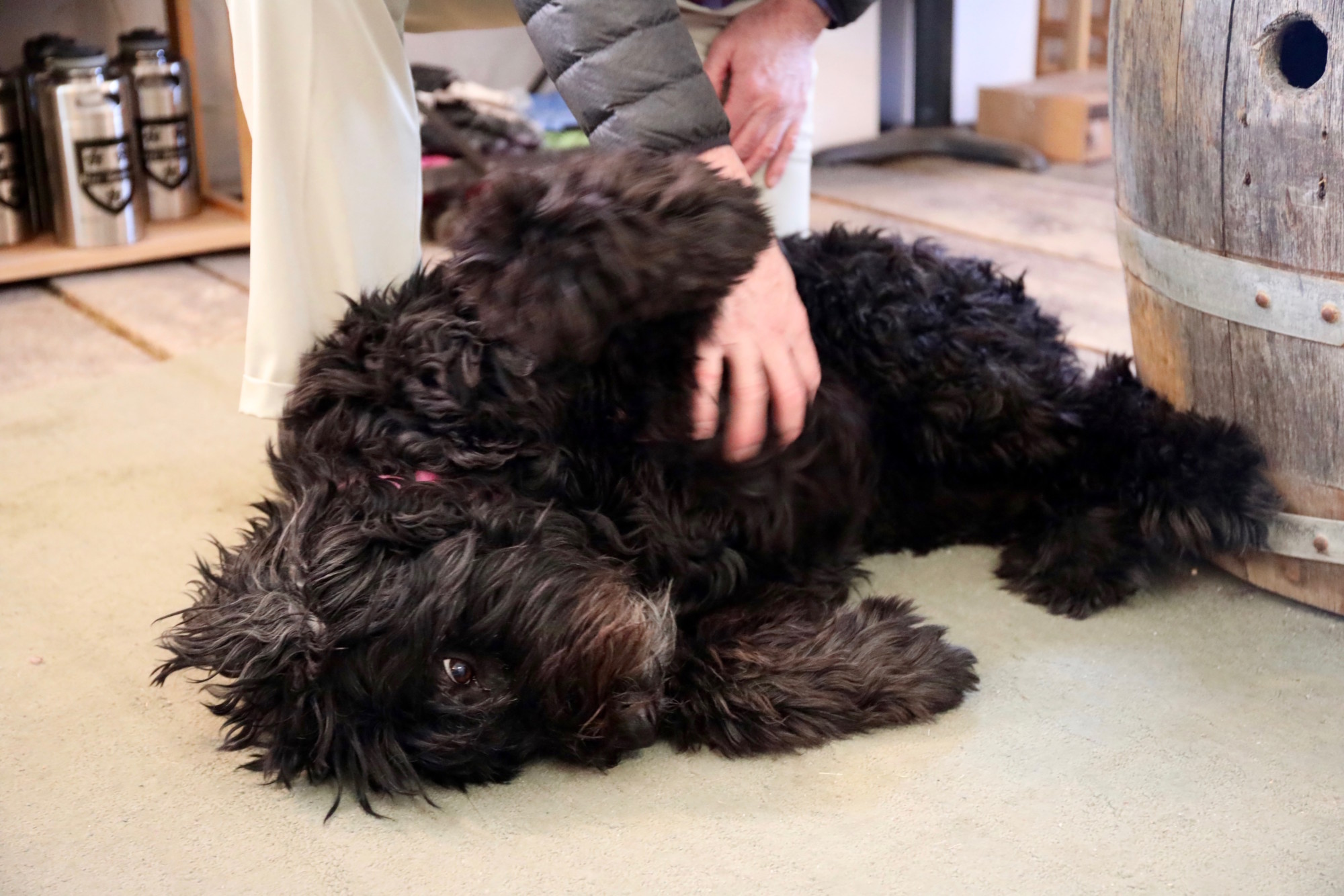 In addition to the Fair Maiden, Foley Brothers also began brewing Ginger Wheat and Brown Ale as their premiere beers in 2012. It was the Fair Maiden, in fact, that Bob credits for putting Foley Brothers Brewing on the map. This beer earned an overall score of 98 – quite heartwarming and appropriate, considering the family significance behind this particular brew.

This nano brewery now operates on a seven-barrel system and still occupies the family garage. Plans of expansion are in the works, based on the growing popularity and demand for Foley Brothers product. However, we hope this operation remains in this humble structure for a bit longer. These down-home roots and familial ties are what intrigues us most about a place like Foley Brothers Brewing. Here, in the town of Brandon VT, two brothers and their family work together to create a product that has earned some very high and well-deserved national attention. Vermont has flourished in recent years to champion the microbrewery movement. To earn recognition in such a beer epicenter is not only noteworthy, but also downright incredible. If you have yet to try a Foley Brother product, we suggest wasting no time at all in finding one of their beers and trying it yourself (we suggest the ever-favorite Citrennial or Prospect for your first encounter).

Foley Brothers’ most recent concoction is Prawpah Ruby, a grapefruit-centric brew that has us screaming for sunny days and warmer nights. Organic skins and pressed grapefruit juice add to this not-too-fruity, light and refreshing beer. True to their distinctive beer profile, the Prawpah Ruby has a beautiful hop flavor. In addition to this glorious brew, we sip on a multitude of Foley Brothers IPAs in the tasting room (and you can too). The Foley Brothers lineup is so special, each IPA variety hosts a distinct character and dankness. IPA can no longer be considered a flavor unto itself. If anything, Foley Brothers Brewing has celebrated in the fact that IPAs can encompass a wide array of tastes. 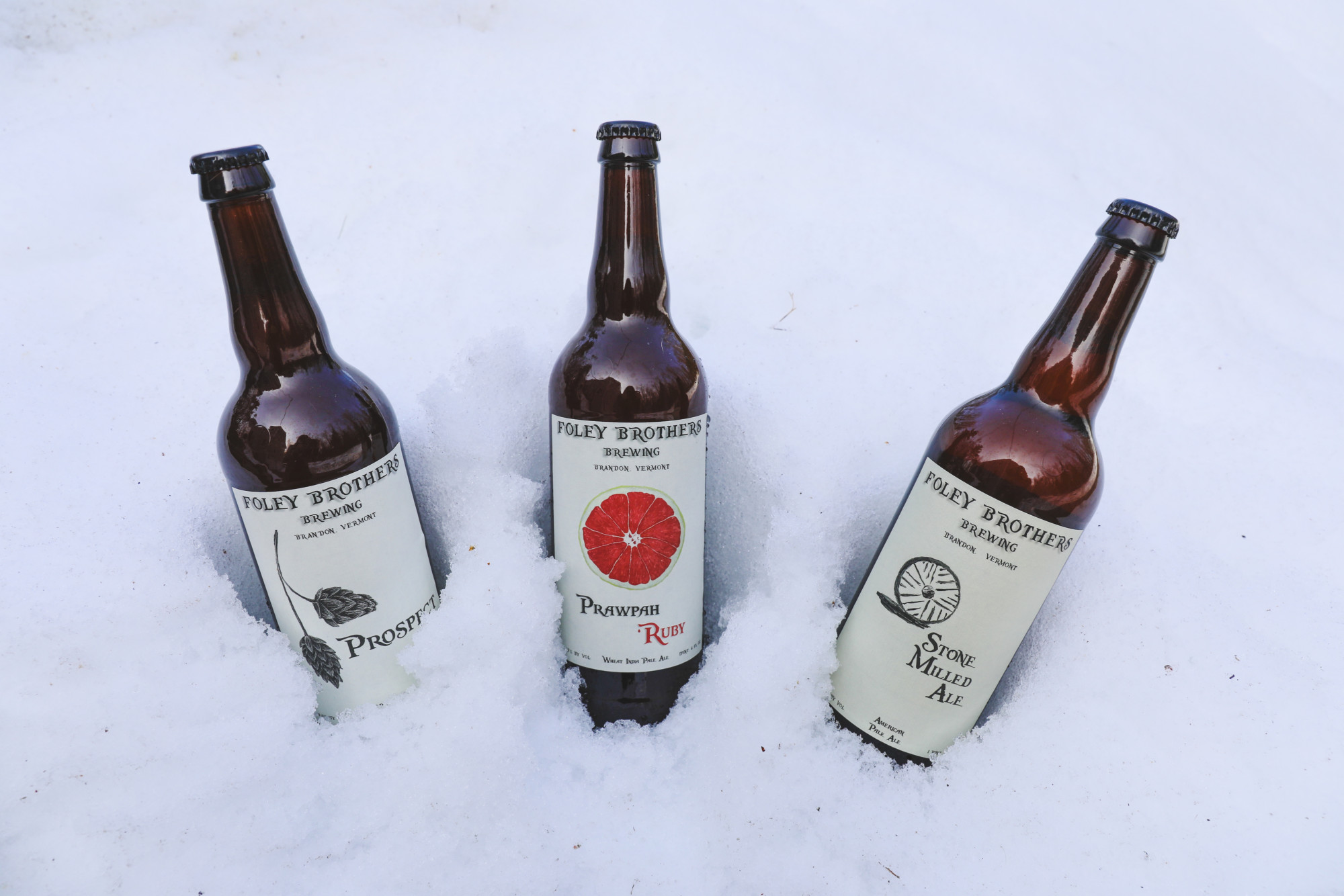 For anyone in Vermont, especially those visiting us here in Woodstock, we highly suggest taking the scenic drive to Foley Brothers Brewing. Each and every member of the family and staff are ridiculously friendly, helpful, and down to earth. Stop by throughout the warmer months to take advantage of their outdoor space which includes a beer garden and pizza oven as well! Check their Facebook page for updates. In just five years, Foley Brothers Brewing has earned quite the reputable name for itself. This family’s tenacity has certainly paid off and will continue to serve the Foley brothers (and sister!) well in the future. For now, we will sit back, pop the cap, and enjoy a Prawpah Ruby as we wait for summer to arrive.

Making Something Out of Nothing: Apotheca Flowers